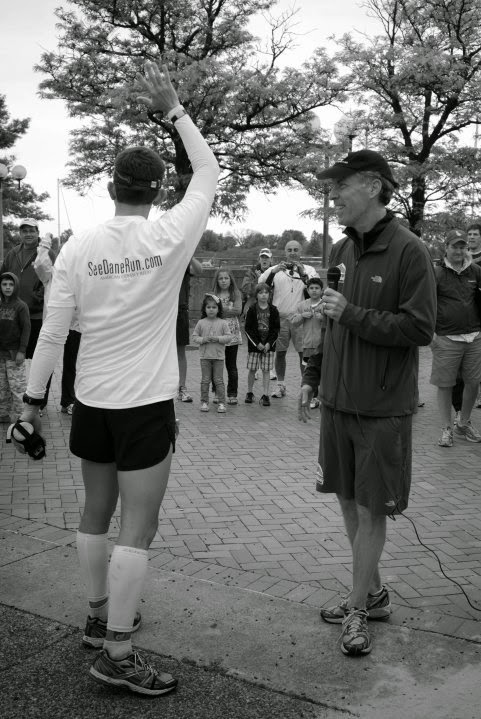 Is it possible to take on the 202 mile American Odyssey Relay and do so in approximately 50 hours as a solo runner?  That was what I endeavored to do in 2010 and what the documentary crew who followed me to film No Handoffs wanted to see. The task was daunting and beyond anything I had ever attempted at the time. It was so challenging that a select group of jealous runners not only don't think it was possible but have harassed film directors, innocent crew members, race directors and anyone involved with me, this project or anything else I have done since the race.

Fortunately, beliefs have no effect on reality. (Although actions do have criminal and civil repercussions, so keep it up guys!) Ignoring the Impossible is what I have been doing for most of my running career. Empowering others to chase their dreams is what Shu's Idaho Running Company has been doing for decades.

That is why we are partnering together this Tuesday, August 12th at 7:00 PM at the Flick's Theater in Boise (646 W Fulton St).  Benefiting Girls on the Run, the showing of No Handoffs will be followed by a Q&A afterward open to all who wish to come down.

I invite anyone, fans or doubters, to come down and pepper me with questions. Come see with your own eyes how far a person can push themselves.  Be inspired to take on new challenges. Refuse to be intimidated by naysayers.

A Great Review of No Handoffs

More than a few people have sent me their thoughts on the movie. I wanted to post a great review I got from a fellow runner since he took the time to do pen such a lengthy response. This is a sampling of much of the feedback I have received but I his response was in line with where I really wanted to go wit hthe movie, I was pleased it hit home with at least one person.  Enjoy!

*I'm really not good at reviews, especially if I know the person involved. I like to see my friends succeed, so maybe I lose some objectivity. In that case, maybe just looking at this from an ultra runner's perspective would be better.

202 miles solo? The thought in my head alternates between no way and I have to try that! After a little introduction to get to know Dane the runner, the film jumps right into the subject at hand - the trials of having a green crew, unmarked course (only the maps) and the thought of managing 202 miles "solo".

Even though the journey starts out well enough, I really appreciate the honesty of showing how there where a number of miscues that resulted in added miles and wasted time. If you've ever ran a long distance and missed a course marker, you know that sometimes it takes all your energy and it's hard to get back in the game to finish. Dane seems to be locked in and takes things in stride and keeps his eye on the prize. It would have been easy to gloss over the bad to make it seem like it was a piece of cake to accomplish this goal. Instead we get a real look at how being involved with crewing a runner can be a hard job in itself.

Overall, I did truly enjoy the documentary. Listening to Dane talk about a pickup driver that almost hit him made me laugh and shake my head in a knowing fashion. Watching him almost stare into space and need to concentrate with everything he had to maintain a conversation when dead tired and needed to keep moving reminds me of how most of us look and feel near the end of a 100 miler, let alone 200.

So if you want a look into what going above and beyond what you previously thought you could do looks like and the people that support those goals, take a look at the film. If you have run 50, 100, or more miles you'll feel a connection to what's going on. If you haven't, you just might decide to find out what we have - you are capable of way more than you think!

$5 Gets You No Handoffs 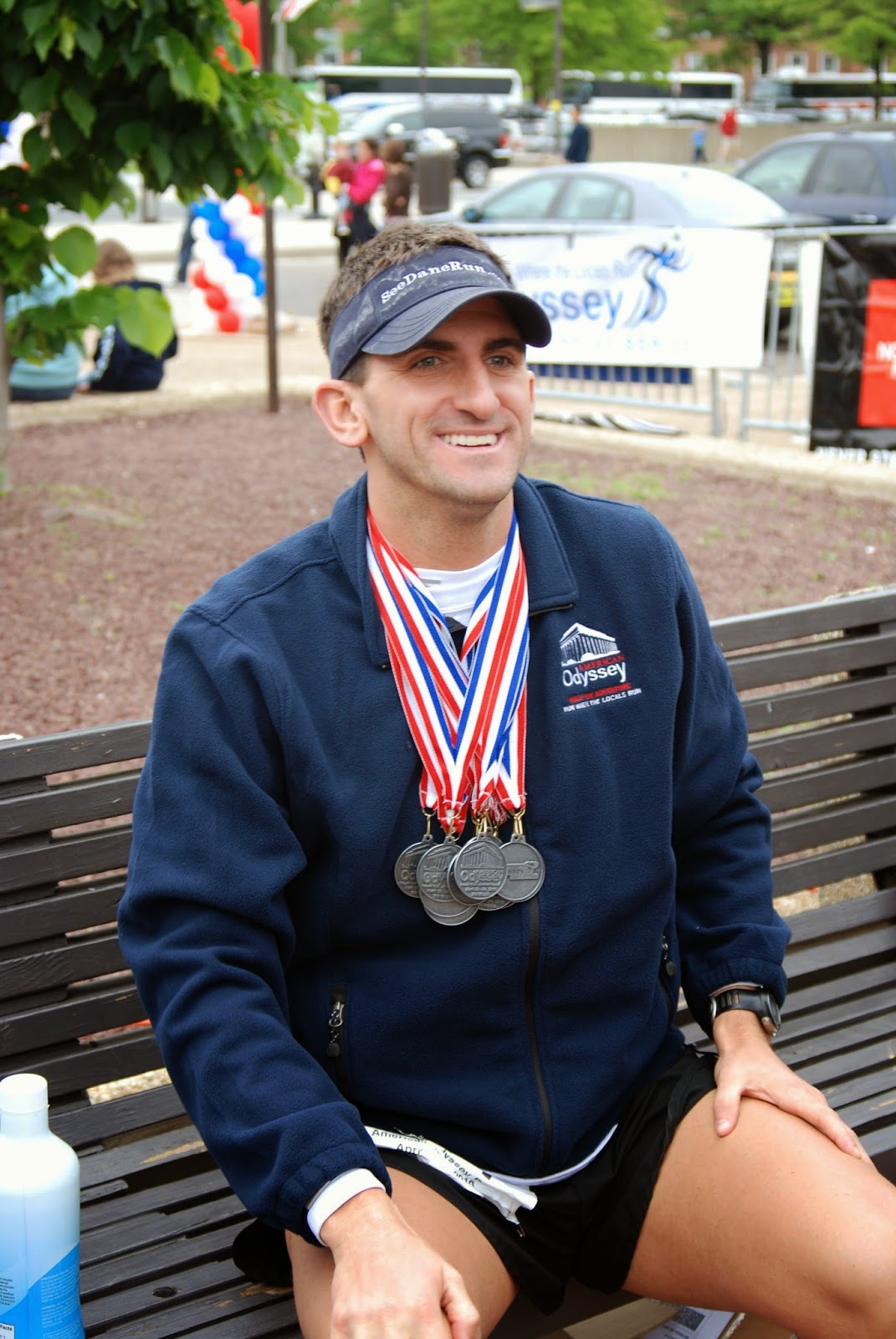 Taking an idea from Louis C.K. as a cost effective and easy way for people to get their own copy of No Handoffs, we are pleased to announce that for a measly $5 view you can have your own access to watch No Handoffs from any computer as often as you'd like.

Click below and instructions will be sent to you after purchase!

While the online version of No Handoffs will be available in about a week for anyone wishing to plunk down a measly $5, I was beyond excited to be able to solidify the first official screening of the movie with Brewvies Cinema Pub in Salt Lake City.

About five years ago I ran into one of the managers of Brewvies on a sweltering night in the summer at a Walmart. Both of use were buying the same cheap fan and standing in line.  As the line creeped along slowly we chuckled at our purchase and started chatting. I said one day I hoped to have a film about an upcoming endeavor of mine.  He said I should keep his theatre in mind. Well, I did.

That is why on March 27th at 8 p.m., I will be showing No Handoffs at a place I saw more than a few other awesome movies and shows during my time in Salt Lake City.  It is my pleasure to go back there even though I now live in Portland to bring things full circle.

Stay tuned for more info!
Posted by Dane at 5:45 PM No comments:

Kickstarter Project is a Success! 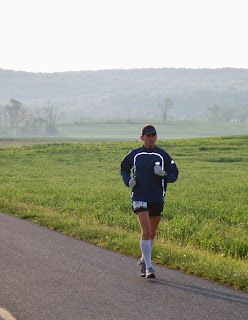 I was very apprehensive when I started the Kickstarter project for No Handoffs.  I despise asking for money for anything, even if I am giving something in return for some of that money.  In fact, while raising money for L'Arche Mobile for my 52 Marathons in 2006, I became so disenchanted with the entire thing I swore to never fund raise directly again.  I still haven't.

Sure, I have lent my name to projects like the Baltimore Marathon Charity Chaser and sundry other events but directly asking people for money is so horrific for me that it gives me hives. However, I was finally talked into do a Kickstarter project and I am pleasantly surprised. With just 101 backers we have already been able to raise over $5500 dollars. Considering my blog alone is viewed by over 20,000 people per month and I have 3700 Facebook friends and 1500 Twitter followers, I could look at the negative side of things and realize like 1/10th of a percent of people who follow what I do have backed the project. I tend, instead to look at these 1000 backers (and counting) who have thrown their weight behind this project.

"We need more movies about running!"

"I like you and what you represent. If I had the 5k to give you, I would have"

"Thanks for the advice a few months ago. Got really motivated, lost 65lbs and am running faster than I ever have before!"

These are just a few of the wonderful messages I have received. It warms my heart to know that I do not work in a vacuum and what I am trying to do, inspire others, is working. As it stands, I have about 10 more days in this Kickstarter project to see what else can be raised and I hope even more people look to be a part of making movie magic.

In the meantime, enjoy the trailer!

For a measly $5 view No Handoffs from any computer as often as you'd like. Click below and instructions will be sent to you after purchase!

Buy your own signed DVD!

Or if you prefer a signed DVD, get it here. S&H is waived!